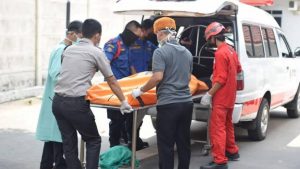 The body of a silver human was found in the Kali Bayur stream, Periuk District, Tangerang City, Tuesday (12/10/2021). The victim drowned two days ago in the Cisadane River.

The head of the Tangerang City BPBD, Deni Koswara, said that before drowning the victim with the initials R (22) and his friend, Agung swam in the Cisadane River, Sunday (10/10/2021) night. The two agreed to cross the river. Agung was the first to descend into the river.

“At that time, the victim asked his friend to take a bath in the river by jumping off the bridge and then swimming up the back stairs of Robinson Mall,” said Head of BPBD Tangerang City, Deni Koswara, Tuesday (12/10/2021).

He said both of them also agreed to compete on who can get to the other side of the river the fastest. Halfway through, he said they were both out of breath.

“At that time the witness was able to get to the river wall so he could hold on to the wall, while the victim drowned,” he said.

Seeing his friend drowning, he continued, Agung tried to help the victim, but was powerless. According to him, Agung survived because at that time there were residents who helped him by boat.

Meanwhile, victim R could not be found that night and was probably swept away by the current and was only found this morning.

“Members of Ton B Mako carried out a sweep through the waterway starting from behind the Sari Asih Arrahmah Hospital to zero point, then returning to the bridge near Water Gate 10, at 09.40 WIB received news from PMI volunteers that the victim had been found in the Bayur Eretan river, ” he said. 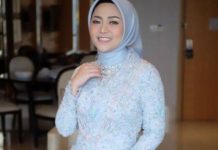 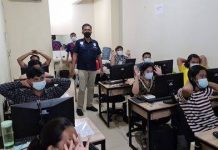