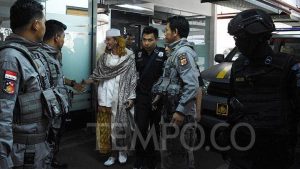 The TNI stated that it would not hesitate to disband Bahar Bin Smith’s lecture if he was still delivering provocative messages and vilifying the TNI and other state institutions.

According to Ermansyah, Brigadier General Achmad Fauzi asked Bahar bin Smith not to be provocative and vilify and insult other parties, especially the TNI and Army Chief of Staff General Dudung Abdurachman.

“Danrem said that in the future in the lecture, there should be no provocative elements, offending our institutions, let alone vilifying and insulting our leadership, General TNI Dudung Abdurahman, this will disturb the public.

Previously, the video of Brigadier General Achmad Fauzi’s arrival to Bahar Bin Smith’s residence was crowded on social media. In the video, the two can be seen arguing about the examination of the Bahar Bin Smith case.

According to Ermansyah, Danrem also conveyed how good Bahar Bin Smith’s lecture would give peace to everyone and not be provocative.

“If it still happens, we will not hesitate to disperse the lecture, in accordance with applicable legal provisions and procedures by involving the relevant authorities,” said Ermansyah.

As Danrem, Brigadier General Achmad Fauzi has the responsibility to maintain security stability in the areas he covers, namely Bogor City and Regency, Cianjur, and Sukabumi City and Regency.

“A cleric should be able to give a lecture if he can give peace to the people, not the other way around or even taking care of soldiers who in Papua are very inappropriate in our opinion,” said Ermansyah.

Major Inf. Ermansyah said that the presence of the Danrem to Bahar bin Smith’s residence was carried out in a good manner, not TNI personnel who came as viral, because they were wearing full TNI uniforms. 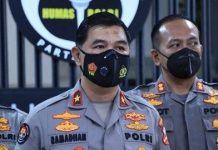 Jokowi Immediately Appoints the Head of the IKN Authority, Who is the Candidate?